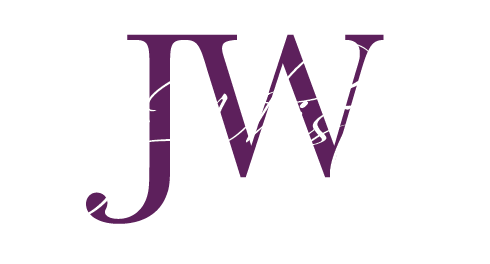 I’ll Stop Reading Young Adult Fiction When You Pry It from My Cold, Dead Hands

I recently joined a new book club. We’re all educated women who range in age from our late thirties to our early seventies. Most of us work outside the home in some capacity, many of us volunteer in the community, all of us have children, some have grandchildren, we have a variety of political and religious beliefs, and none of us knew one another before we came together three months ago. We vowed that we would read either literary fiction or “important” non-fiction. No Fifty Shades of Grey for us, we said. Jane Fonda, Candice Bergen, Mary Steenburgen, and Diane Keaton we are not. We dived right into “important” with Evicted by Matthew Desmond. And I enjoyed the discussion. We didn’t all agree on how to solve the problem of affordable housing in vulnerable communities, but I appreciated the diversity of thought these women brought to the table and how they challenged me to express my own thoughts in a coherent way, especially on a topic that can be emotionally fraught.

But the moment that meeting was over, I couldn’t wait to crawl into bed and open Not if I Save You First by Ally Carter. After discussing The Storied Life of A.J. Fikry by Gabrielle Zevin, I devoured Obsidio by Amie Kaufman and Jay Kristoff. This month, as I slog through our latest choice (a literary tome of almost 500 pages that I’m currently 150 pages into and I’m still not to the inciting incident, heaven help me!), I practically weep with relief when I pick up Mitali Perkins’ You Bring the Distant Near.

I’m not in search of my lost youth. I don’t trawl Facebook hoping to reconnect with childhood friends, or pine for the nostalgia of my high school days. Living through that once was difficult enough, thank you very much. So why, you might ask, would I want to read about a time that is bound to make me relive what is arguably the most painful period in my life?

I read YA for one simple reason: YA stories matter in a way that adult literature doesn’t. Fight me on this. I dare you.

By almost every measure, YA writers seem to understand that their writing has the potential to reach into the heart of the reader in a way their adult genre counterparts don’t seem to grasp quite as well.

YA stories tend to focus more on the “who am I” aspect of life, while adult novels tend to focus on a particular event in the life of the main character. The protagonist is already who she is in adult fiction, and the reader is simply a fly on the wall as we watch an event unfold. Yes, the character experiences an arc of some sort in adult fiction, learns something new, becomes a better person. But her moral compass is already fixed, and she is now discovering when she must act upon it.

In YA, on the other hand, the protagonist actually learns about that moral compass and where those limits are in the first place. This is the time in his life that he figures out what he truly stands for and believes in. He may (or may not) have to act upon it, but it is clear to himself and to the reader that this is a new discovery, the consequences of which then create a domino effect: which friends will support him when he draws a line in the sand? Which friends will he lose? How will the loss of those friends affect his popular rank? What are the repercussions at home? When his high school social standing, and thus, one might argue, his entire future depends on the relationships he cultivates right here, right now, how could the stakes possibly be any higher? Whether our hero ends up as an admiral in the Falcon Nine Space Fleet or a subterranean rat catcher on a prison planet rests on this moment right here, when he decides whether to sneak out of the house or stay in and do his homework. Banal, yes. But it determines the course of the universe.

There are people who would have us believe that we should be ashamed, as adults, to read young adult fiction. One particular Slate article from several years ago posited that YA fiction simply isn’t ambiguous enough for her. The endings are too neat and tidy and certain, she claimed. She has obviously never read Allegedly by Tiffany D. Jackson, or How It Went Down by Kekla Magoon, or Long Way Down by Jason Reynolds.

The same article argues that at its heart, the main purpose of YA lit is to be pleasurable. Can’t the same be said for all fiction? If we are not enjoying our reading, we put the book down. This doesn’t mean we can’t also be challenged in the process. The budding romance in American Street by Ibi Zoboi is followed immediately by a racially motivated tragedy, and the protagonist deals daily with the struggles of life as an immigrant who is also a citizen. It’s a complex, emotional, important story that filled me with pleasure to share with my book-loving friends. The Hate U Give by Angie Thomas centers on the aftermath of a young boy killed by a police officer and the angst that the only witness suffers as she decides whether to come forward. The story itself is not “pleasurable,” as the Slate article might have us believe all YA fiction is intended to be, but there is pleasure in reading story that finally—finally—addresses such an emotionally charged topic in society.

Several years ago, one of my manuscripts was rejected by the then-number-one children’s agent in the country, despite her assertion that she loved everything about the book. “I’ll never be able to sell this because it’s too close to the truth,” she said. But isn’t that what we need, I wondered? Don’t we want to give our teens books that address the real, hard, difficult truths? “No one will touch this,” she insisted. That’s why there is pleasure in knowing that Angie Thomas breached that barrier and found someone brave enough to publish her manuscript.

I still have hope for my novel that it will find a home. In the meantime, my daily dose of hope comes from YA lit. Until my last breath.